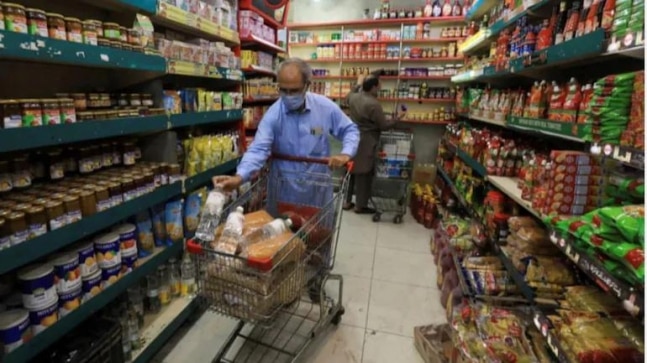 Experts predict tough times ahead for Aam Aadmi on the inflation and EMI fronts. They forecast that inflation is likely to remain at the upper threshold of over 7% until September and will fluctuate between 6.5% and 7% beyond that. Next, the forecast is that the Reserve Bank of India (RBI) could raise benchmark interest rates at policy meetings in June and August by a cumulative 75 basis points. This means high costs and higher EMIs.

The latest ECOWRAP from the economic research arm of the State Bank of India (SBI) indicates that with inflation likely to persist at the 6% mark, the RBI is likely to adopt a “hammer approach and increase the repo rate aggressively and preload this.”

However, the report predicts that the RBI will not push rates past one point to avoid a slump in retail borrowing for homes and other purposes.

The Russian-Ukrainian conflict has had a significant impact on the path of inflation since March. Consumer Price Index (CPI) inflation jumped to 7.79% on an annual basis in April from 6.95% in March this year, mainly due to food price inflation and the forecast for the 2022-23 financial year is at 6.5. percent.

Fuel and lighting inflation rose from 7.5% in March to 10.8% in April. Inflation in transport and communications also increased, from 8% in March to 10.9% in April. The crossing of the 7% bar for the core CPI for the first time in the last 8 years to stand at 7.07% in April is worrying.

The report cites that the index by article indicates that inflation crossed 20% in 18 articles and 10% to 20% in 63 articles. The contribution of items like milk, mustard oil, refined oil, wheat and LPG broke through 20 basis points each in headline inflation.

ECOWRAP estimates that the short-term slowdown in price inflation for chicken, mustard oil, etc. was an aberration due to Navratri and other religious festivals.

According to Ghosh, a significant increase in the weighted contribution of kerosene will negatively affect demand in rural India.

In an off-cycle meeting, citing inflation concerns, the RBI’s Monetary Policy Committee (MPC) on May 5 unanimously decided to raise the repo rate by 40 basis points (bp ). This led to a rise in EMIs paid by borrowers.

RBI sources have indicated that the central bank is likely to raise its inflation projection for the current fiscal year at its June monetary policy meeting and that there is a likelihood of further interest rate hikes. .

ECOWRAP says the RBI could raise rates at the June and August policy meetings by a cumulative 75 basis points, while beyond August, tariff measures could be more balanced and sensible. The SBI report indicates that the terminal repo rate should be 5.15% to 5.25% by FY23.

The majority of retail loans in India are pegged to an external rate (mainly RBI’s repo rate) with a quarterly reset clause. Due to the latest and expected hikes, repo rate indexed loans may see an increase in EMI directly with the repo rate increase, as there will be a 100% pass-through.

According to the report, in December 2021, around 39.2% of loans are indexed to external benchmarks and the increase in the repo rate will eventually increase interest costs for borrowers. The report says demand could collapse due to a rate hike scenario. He adds that further growth in home loans could fall if the terminal repo rate rises above 5.25%.

So, since most loans are now linked to the repo rate, the transmission will take place automatically. The SBI suggests that the RBI should not increase the repo rate by more than 1.25%. The prediction is that with a 40 basis point hike introduced in May, the repo could not be increased by more than 80 basis points. However, for the common borrower with education, home, and vehicle loans, the EMI should increase. The report said the reduction in deposit rates following the repo rate cut was also noticeable for savings deposits, which account for almost 34% of total commercial bank or SCB deposits. Savings deposit rates at five major banks fell to a range of 2.70% to 3.00% from the 3.25% to 3.50% that prevailed before the introduction of the EBR system in September 2019 .

The report adds that when the repo rate changes for example by 25 bps, even in the event of a full pass-through, there could be an impact of at most 15 bps on deposit rates (25 bps * 59% of interest rate sensitive term deposits). This increase in interest on deposits may not be substantial.

The report warns that the liquidity of the system is still in excess mode with sustainable net liquidity at Rs 6.8 lakh crore. On the liquidity front, the report predicts that RBI could raise the CRR rate by another 100 basis points, after raising it by 50 basis points in the last monetary policy to ensure an absorption of ~Rs 1.74 lakh crore of the market on a sustainable basis (Rs 87,000 crore absorbed earlier).

The report states that increasing the CRR appears to be the possible non-disruptive option to absorb sustainable liquidity, as the possibility of open market operations or OMO selling has diminished due to high government borrowing. the future through OMO purchases.

READ ALSO | International oil prices in volatile mode | What does this mean for gasoline, diesel prices