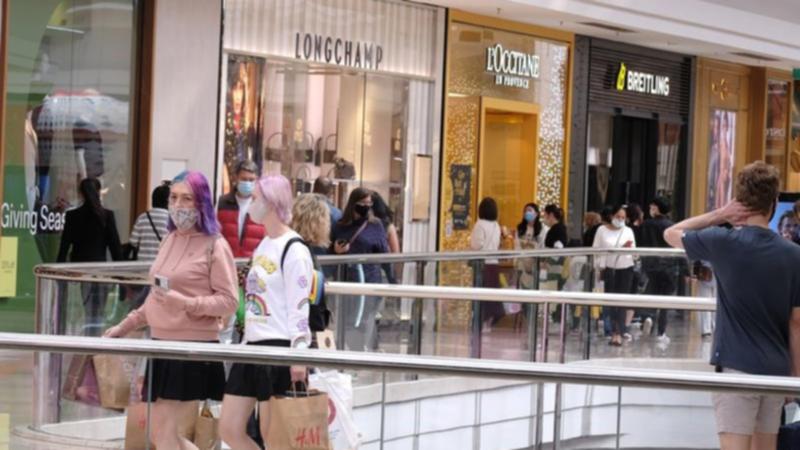 WATCH THE VIDEO: Optus will foot the bill in the event of a data breach.

Discretionary spending was strongest in department stores – up 2.8% – and the retail sale of housewares rose 2.6%.

Spending on food also rose, according to data from the Australian Bureau of Statistics, with meals in cafes and restaurants – as well as takeaways – up 1.3%.

However, spending fell in other discretionary categories, such as clothing, footwear and personal accessories.

CreditorWatch economist Anneke Thompson said it could still be a sign that consumers are starting to tighten their purse strings.

Despite the mixed result in the discretionary categories, overall spending remained 16% above the pre-COVID trend and 19% above declining pandemic spending at this time last year.

The increase in retail sales was slightly above analysts’ expectations and followed a 1.3% month-over-month jump in July and a more modest 0.4% increase in June.

AMP economist Shane Oliver said people were likely able to keep spending because they had built up comfortable savings reserves.

He also said the wealth effect of high house prices is likely fueling consumption patterns, as is the strength of the labor market.

Dr Oliver said retail sales had remained strong for longer than expected, but also said it had taken time for the rate hikes to materialise.

“We continue to expect a downturn ahead as rate hikes are fully reflected in mortgage payments, rates continue to rise, negative wealth effects from the current decline in house prices are beginning to have an impact, consumer confidence remains depressed and the decline in the savings rate is taking its course,” he said.

Thompson said the Reserve Bank of Australia will closely monitor spending during the summer vacation and holiday season.

The end of the fuel excise tax cut – which is expected to add more than 20 cents to every liter of gasoline – will also likely increase household budget pressure.

Fuel excise tax was halved for six months as a cost of living relief measure, but has now expired.