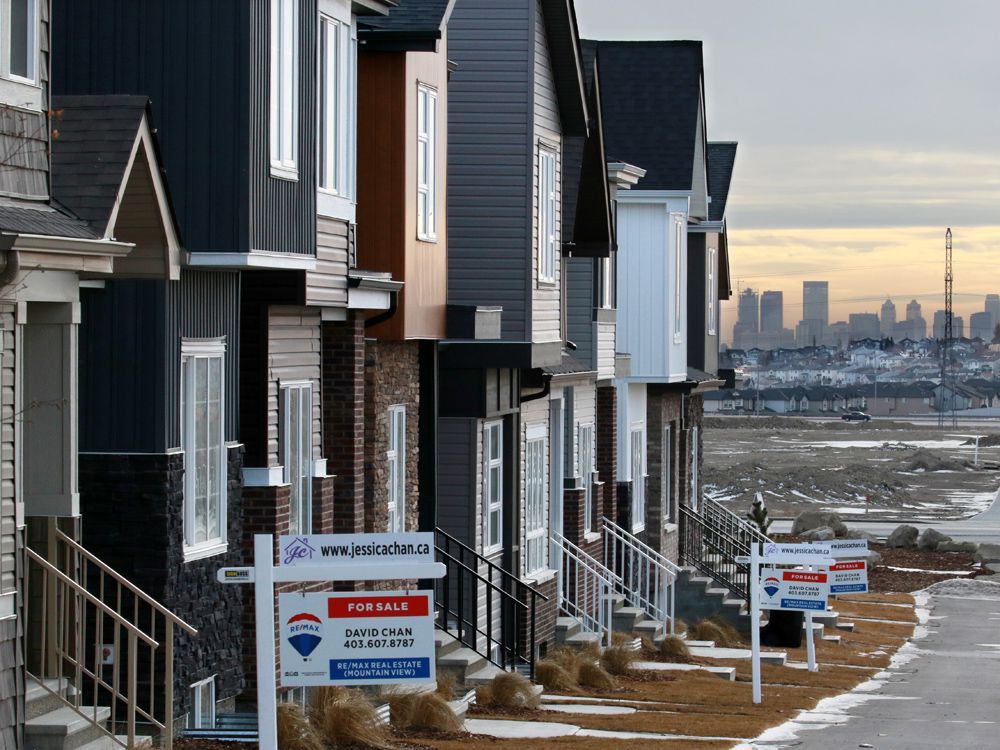 Economists warn that the Bank of Canada has not finished raising interest rates in an effort to slow growth in the housing market and contain inflation.

Twenty economists have studied the subject in a Finder.com panel this week, and 59% of them expect the current booming economy to cool down from 2023 or 2024.

On April 13, the Bank of Canada raised interest rates to 1% – still considered low, but an increase from the 0.25% that has been in place for most of the past 24 months.

Bryan Yu, chief economist for Central 1 in Vancouver and one of the panelists, told Postmedia he expects the interest rate to climb to 2% by the end of 2022 and 2 .5% at the beginning of 2023.

“There’s clearly a bit more upside for rates right now, just given that we’re seeing inflation numbers . . . it’s probably going to be around six percent for inflation year over year. another,” he said. “There are enough reasons for the bank to continue its rate hike cycle.”

This comes as Royal LePage and the Canadian Real Estate Association have produced separate reports indicating that the market has not cooled in major Canadian markets.

Earlier this month, the Calgary Real Estate Board reported continued record sales in March, despite low supply and already an interest rate hike to 0.5%.

Calgary’s hot real estate market is overtaken by Toronto and Vancouver. These markets are having a ripple effect in southern Alberta as people search for a more affordable place to live, and the proximity to the mountains is a major draw.

Yu said the challenge for the Bank of Canada was to raise rates just enough to cool the housing market and slow inflation, but not trigger a recession.

Jack Mintz, chair of the University of Calgary’s School of Public Policy, called it “alarmist” to say there would be another recession. Especially in Western Canada, the economy has been supported by a commodity market that produces high prices for energy, lumber and grain.

“The only thing that I think will start to bring the economy down is not what Canada does in terms of interest rates, it’s what the Federal Reserve does in the United States, and that will depend on what happens to global growth,” Mintz said. , who was not part of the panel.

“We’re at a point where the economy is strong and interest rates still need to rise, in fact they’ve been way too low for a long time,” Mintz said.

Still, there are concerns about the housing market.

Mintz said if the interest rate increased by 2%, that would be just over $100 a month on a $100,000 mortgage. Combined with inflation that is at its highest level in 30 years – driven by supply chain problems and the conflict in Ukraine – it hits those with variable rate mortgages the hardest. He said it could put those whose finances are already strained in a difficult position.

MNP released a report on Monday showing that a growing number of Alberta households were being pushed into bankruptcy due to rising rates.

Economists say higher interest rates are the best way to calm both inflation and the housing market, but it will take time to have an effect.

The federal government announced two weeks ago in its budget its intention to freeze the purchase of Canadian homes by non-Canadians, while other provinces and jurisdictions have already instituted taxes on purchases abroad.

Yu said there was a small, short-term effect on Vancouver’s real estate market when the measure was introduced in British Columbia, but it was short-lived. Since then, the average home price has risen from $1 million to around $1.3 million in the Lower Mainland.

The biggest problem is supply, and Canada — especially in large markets — cannot keep up. The federal government has also announced plans to increase immigration to 400,000 people a year while announcing a program in its budget that will build 100,000 homes in five years.

Sign up to receive daily news from the Calgary Herald, a division of Postmedia Network Inc.

Thank you for your registration!

A welcome email is on its way. If you don’t see it, please check your spam folder.

The next issue of Calgary Herald Headline News will soon be in your inbox.

We encountered a problem during your registration. Try Again