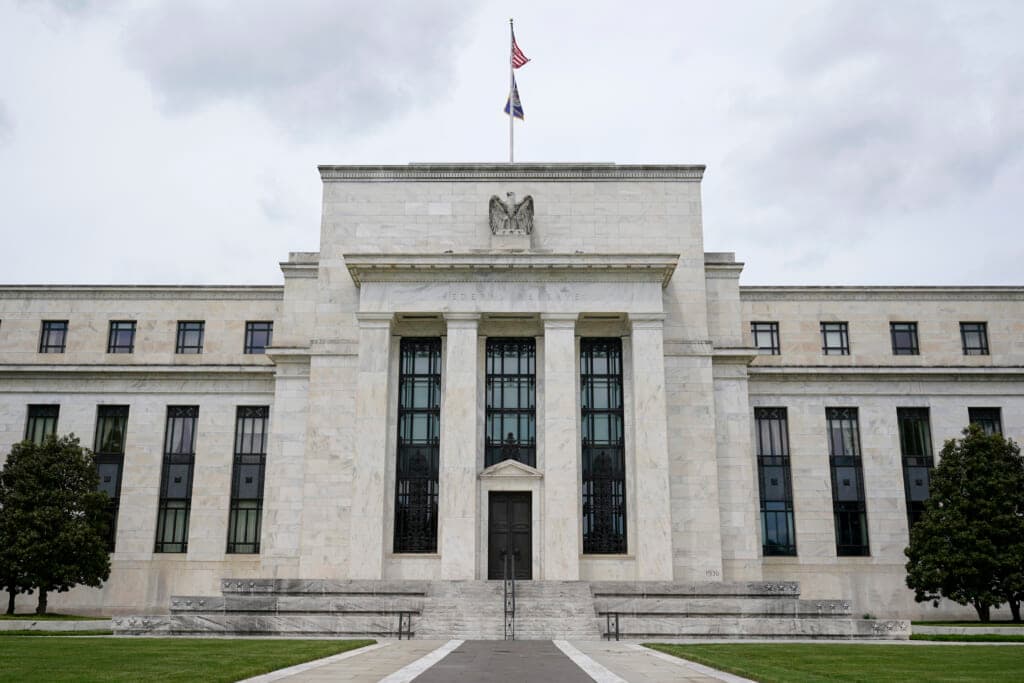 Black homeowners pay an average of 33 basis points more for a mortgage than white homeowners.

Interest rate increases have a disproportionate impact on black buyers and homeowners far beyond the cost of borrowing.

The Federal Reserve has raised interest rates six times since March to cool an overheated economy beset by inflation. Policymakers have recognized that the increases will cause pain – and they already are.

Fed policies increase “the cost of a home loan primarily by increasing the monthly payment a family will have to pay, which only exacerbates an affordability crisis we have already experienced,” Kyle Moore, economist at the Economic Policy Institute’s Program on Race, Ethnicity and the Economy, the Grio said.

Interest rate increases have a cascading effect that ripples through all aspects of home ownership.

For example, higher rates drive buyers out of the market, depriving them of the benefits of owning property and building long-term equity and wealth. Refinancing home improvements and taking out equity to fund education or consolidate debt becomes more expensive.

Plus, those increased interest rates could cost black homeowners, with little disposable income, a lot more money in the long run if they have to borrow to stay in their homes.

The increase has a direct impact on the ongoing affordability crisis.

“Current home prices are coming down a bit, but still not to a level where it would be possible for many families who don’t have a store of wealth to be able to afford the down payment on a new home,” Moore said. “So now we are facing it from both sides. We are facing a mortgage affordability crisis and down payment issues, making it doubly difficult to become a homeowner.

Part of that difficulty is the inability to get a mortgage to begin with. Lenders are rejecting mortgage applications from about twice as many black potential buyers as white ones, analysis finds by Lending Tree.

But then getting a mortgage, on average, is more expensive for black people and exasperated by ever-rising interest rates. Black homeowners pay an average of 33 basis points more for a mortgage than white homeowners, according to a study by the MIT Golub Center for Finance and Policy.

According to the MIT study, black homeowners pay an extra $13,464 over the life of a loan because they pay higher mortgage rates. The study says these higher interest rates cost black homeowners more than $67,000 when they consider investing the excess mortgage payments over a 25-year term.

This means that fair mortgage rates alone could halve the racial wealth gap in which the average white family net worth of $171,000 outperforms the average black family by a factor of 10.

Additionally, homes in black neighborhoods are worth 23% less than those in comparable white neighborhoods, resulting in losses of $156 billion, according to the Brookings Institution. Equity in property remains the primary means for American families to build wealth, and the combination of higher interest rates and devalued properties puts black homeowners at a disadvantage.

“We don’t really have pensions anymore,” Moore said. “401k’s are so risky. The stock market is risky. Home ownership has been this consistent and reliable method of building wealth.

But fewer black people today (43.4%) own their homes than a decade ago (44.2% in 2010), according to the Department of Housing and Urban Development.

“So comparatively few black families own their homes, so they don’t have the ability to access that store of wealth to do all the things that wealth allows you to do,” Moore said.

There are also two areas related to interest rate increases that don’t get much attention: how rising property values ​​lead to higher taxes, and how refinance rates have also shot up.

The average house price rose 13.5% year over year in August 2022 compared to 2021, according to a CNBC report. But increasing the value means higher taxes as cities and counties reassess tax rates based on new assessments. Property taxes increased by 5.4% between 2019 and 2020 and an additional 1.6% in 2021, according to the Washington Post.

Higher taxes and mortgage rates can put a home out of reach. And for those with a home, the higher rates can complicate refinancing. A 30-year FHA refinance rate rose to 7.24% in November from 5.79% at the end of July.

But Miesha Williams, associate professor of economics at Spelman College, an HBCU, said refinancing at a higher rate over a longer period could be attractive to some low-income homeowners struggling to meet their payments.

“That lower payment, even at a higher interest rate, is attractive if you weigh marginal cost and marginal benefit,” she said. “If I’m a homebuyer and my taxes go up by maybe $500 a month, that increases my mortgage and I still need to be able to make those payments.”

While it might be counterintuitive to pay a lot more interest in the long term to save a few dollars in the short term, it’s an easy choice when it comes to staying in your home.

“I need those payments to be lower now. We’ll figure out the rest later,” she said.