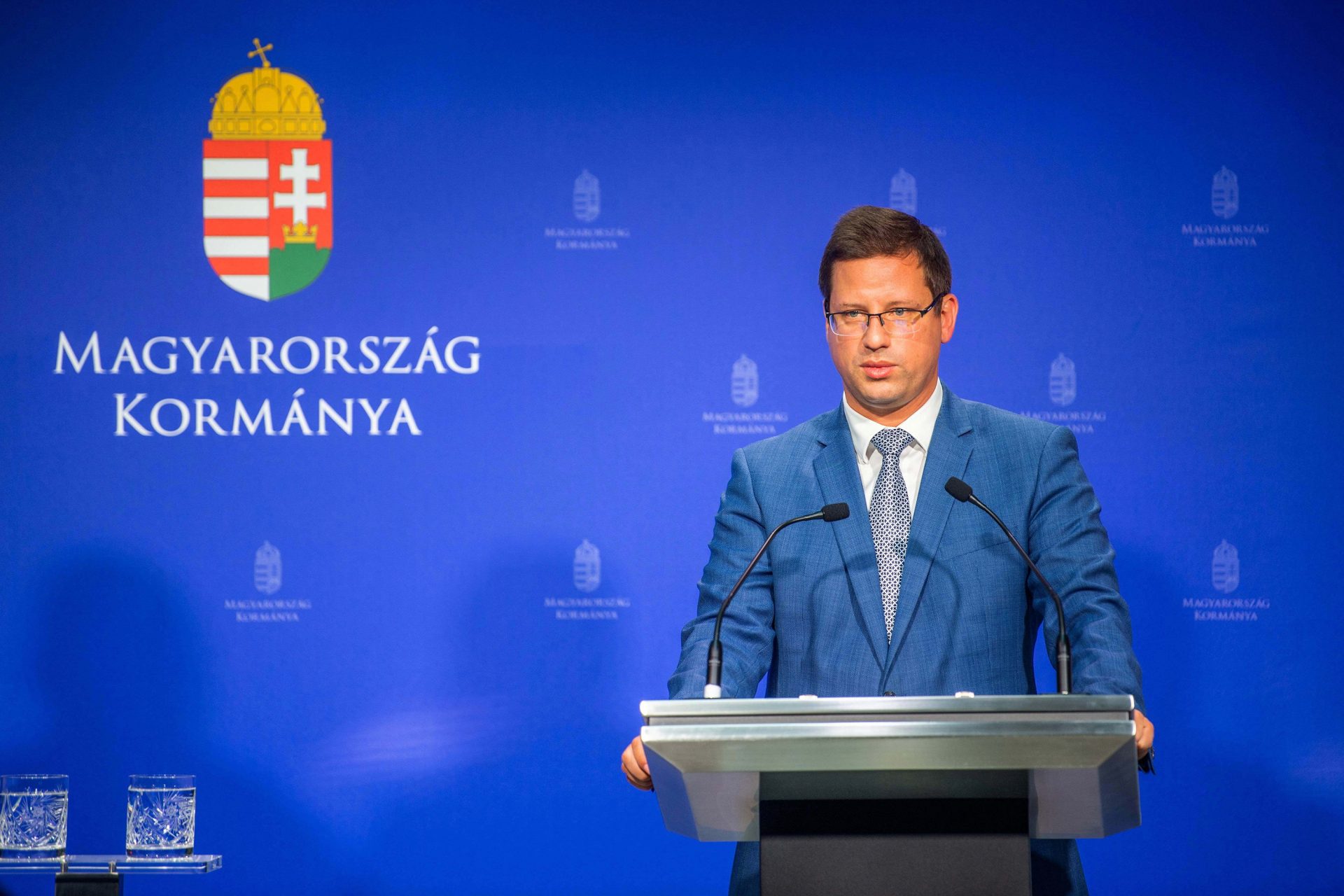 Gulyas: interest rate freeze will be extended to SMEs

The Hungarian government is tackling sanctions-fueled inflation in coordination with the central bank, under which it will freeze interest rates on small business loans, expand the Szechenyi Card business credit program and launch a “factory savings” program, the first said the minister’s chief of staff on Saturday.

Europe and Hungary are grappling with sanctions-fueled inflation and paying a “sanctions surcharge” on energy, Gergely Gulyas told a regular press briefing. This, he said, was increasing shipping costs and food prices and negatively impacting the daily lives of Hungarian families.

The government intends to tackle the sanctions-fueled inflation in coordination with the central bank, Gulyas said.

He noted that the government recently decided to extend a temporary freeze on mortgage interest rates. Other decisions taken at Wednesday’s cabinet meeting include extending the interest rate freeze to loans to small and medium-sized enterprises at the request of the Hungarian Chamber of Commerce and Industry (MKIK) and the National Association of Businesses and Employers, Gulyas said. In addition, the government will expand the Szechenyi Card business credit program and launch a “factory saving” program, he added.

Details of the new measures were outlined by Marton Nagy, the economic development minister, who stressed that the government was tackling sanctions-fueled inflation while aiming to avoid a recession.

Nagy announced that the government is freezing interest rates on SME loans from November 15 to July 2023. Interest rates will be frozen retroactively to their June 28 level, which was 7.77% from 16.69 % currently, he said.

Around 60% of SME loans are subsidized, of which 40-45% are variable rate loans, the minister said. The stock of variable rate loans to SMEs amounts to nearly 2,000 billion forints (4.9 billion euros) and is held by nearly 60,000 companies.

Details of the new measure will soon be published in the official Magyar Kozlony newspaper, he said.

Meanwhile, Nagy said the interest rate on Szechenyi card loans for businesses will drop to 5% from the current 3.5% from January 1, adding that the program’s product scope has been streamlined.

Asked about the loan rate freeze, Nagy said the measure was an alternative to a moratorium. “We can either have an interest rate cap or a moratorium,” he said. The aim, he added, was to avoid a cost shock in the SME sector.

Nagy also said that the new interest rates for the Szechenyi card will be valid until the first half of next year.

The minister said Hungary was likely to stay on the growth path while Germany could slide into recession.

Regarding the European Union leaders’ summit this week, Gulyas said Hungary had managed to protect everything important to the country. He added that Hungary would also benefit from a potential drop in gas prices resulting from the decisions taken at the summit.

He said there had been a threat before the summit that the European Commission’s proposal to cap the price of Russian gas exports to Europe would leave Hungary without enough gas, as it would have made the implementation implementation of long-term gas supply agreements between Russia and Hungary impossible.

Gulyas expressed hope that the most recent EU decisions would help lower prices. He said the summit had been a success and could help “normalize unrealistic energy prices”.

In response to a question, Gulyas said that Europe’s problem was not only rising prices, but also that it had to compete globally with those who could buy raw materials at a fraction of the price of raw materials. Europe, like the United States.

Gulyas said the government was committed to preserving its family support system no matter how difficult next year, adding, at the same time, that the effectiveness and economic impact of the programs needed to be examined. .

Nagy said inflation could be down to single digits by the end of 2023. He said basically price caps were “not good”, but “current times are not normal” and shocks had to be managed. Price caps should remain in place for as long as necessary and as long as inflation requires, he added.

In response to a question, the minister said he expected Hungary’s economic growth to overtake that of the EU next year, although there was a temporary slowdown. He said he expects the economy to grow 4-5% in 2024-25. Nagy said the central bank had succeeded in stabilizing inflation and contributed to financial stability.

Gulyas said Hungary has been striving to strengthen the defense alliance for years and to meet NATO’s target of increasing defense spending to 2% of GDP.

“We are not interested in what is or is not in Russia’s interest,” Gulyas said. “The question is what are Hungary’s interests, and we will make a decision accordingly.” He added that there could be no peace agreement between Russia and Ukraine that Ukraine does not accept.

On another topic, he said the European Commission’s decision to suspend funding to Poland was “unfair, illegal and politically motivated”, adding that it did not contribute to the unity of the bloc. He criticized the EC for deciding to approve funds for member states on the basis of sympathy.

Meanwhile, Gulyas criticized the local council’s decision to remove the statue of a turul bird from Mukachevo (Munkacs) castle in western Ukraine, calling it “unacceptable”. If Ukraine wants to strengthen its ties with Europe, it must respect the rights of minorities, he added.

On another subject, Gulyas said it was wrong to say that the sale of state property would reduce the nature conservation protection of certain areas. The state’s job is to maintain the required level of protection of an area, which it can still do even if it does not own the property in question, he added.

Nagy said there are still state-owned properties that could be put to better use under private ownership. Recent proposed amendments would speed up the sale of these areas, he added.

Meanwhile, Gulyas said there was no political reason behind the decision to relieve the energy affairs diplomat assigned to Brussels from his post.

Gulyas also said the EU should consider whether the sanctions the US recommends or “forces” it to impose on Russia serve the interests of the bloc.

Without the energy sanctions, inflation would be a third of its current rate or even back to its past level, he added.

2022-10-22
Previous Post: Mortgage and interest rate shock, never in history have rates risen so quickly – Mish Talk
Next Post: Official Cash Rate Explainer: Why Interest Rate Hikes Are the Answer and Will They Really Reduce Inflation?