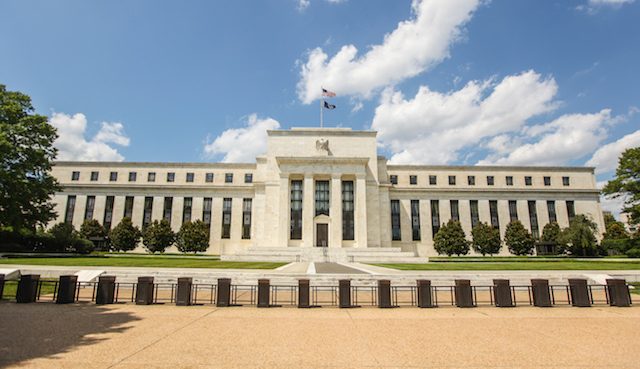 As rising interest rates weakened the real estate market in Hong Kong, the Hong Kong Monetary Authority (HKMA) had to come up with a rescue plan. The Fed said the rate hike countered inflation while further depreciating the value of the renminbi (RMB). Financial analysts point out that with the current HKD-to-US dollar (USD) pegged exchange rate, Hong Kong’s economy, which was already fragile, must keep pace with rate hikes in the United States. Rising rates make the Hong Kong market even worse.

In March, the Federal Reserve reiterated after their meeting that it was appropriate to continue raising interest to keep inflation under control. The Reserve also expected the rate to rise to 4.6% in 2023 and not decline until 2024.

On September 23, HSBC announced that the bank had raised the HKD prime rate by 0.125%, the first increase in about four years.

Analyst: HKD rate hike is terrible for the economy

She believed Hong Kong’s economy could contract again this year, making the contraction the third since 2019.

Cheung explained that a rise in interest rates increases the cost of capital and reduces the return on investment and desires, which would reduce economic activities. “When this happens, it will amount to reducing or delaying business projects and production, hence employment opportunities for the foreseeable future. It will be detrimental to economic development.

The financial analyst also pointed out that rising rates are forcing an increase in mortgage lending, decreasing market demand. “Citizens who are already paying mortgages should have already felt the pressure on prices.” She added that the monthly repayment of homeowners’ loans should also be significantly higher in the first few years of ownership. “While available funds will decline due to rising mortgage rates, the most significant impact will be the risk of falling house prices.”

HKMA took action and announced the reduction of the stress testing requirement on September 23.

A directive has been issued for local banks to reduce the stress test requirement from 3% to 2%. The adjustment applied to all immovable mortgages and would take effect immediately.

The purpose of a stress test is to ensure that the borrower has the ability to repay and Avoid banks with bad debts. The move is all about properly managing risk in the mortgage industry.

In addition to the fall in the real estate market, government tax revenues have also declined significantly. Finance Secretary Paul Chan Mo-po wrote on September 18 that residential property transactions fell 37% in the first four months of 2022. With the weakness in the property market coupled with falling turnover daily average for Hong Kong stocks, stamp duty revenue in 2022 could be 30% lower than forecast.

Meanwhile, the Hong Kong government has finally eased the COVID-19 quarantine restriction for foreign tourists. But it may be too little too late.

Population aging is already severe in Hong Kong. The same will be true for the drop in production and consumption. Cheung warned.

Cheung explained that easing the pandemic quarantine policy could be a way for the Hong Kong government to ease Hong Kong’s current situation. However, Cheung thought it would only be a temporary boost and might not create any significant improvement for the current economy.

“The root cause of economic decline is lack of trust. The further Hong Kong’s governance moves away from freedom and becomes more authoritarian, the more Hong Kong citizens will leave as they have lost faith in Hong Kong.