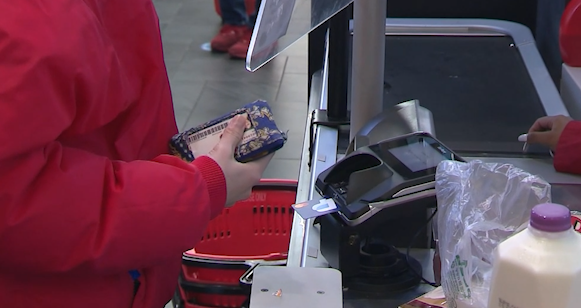 How the Biggest Interest Rate Rise Since 1994 Could Affect You

LINCOLN, Neb. (KLKN) – Inflation is the highest in 40 years, and the federal interest rate has also seen the biggest increase in nearly three decades.

A Lincoln financial adviser said there is no direct link between the Federal Reserve’s interest rate and the interest rates we pay, but they go hand in hand in several ways.

“Overall, higher interest rates mean it’s going to cost more to borrow money,” said Eli Mardock, financial adviser at Stonebridge. “So for consumers, if you have higher credit card debt, you might see a higher rate on your statements. If you pay your payments every month, you won’t really notice it, and that’s great, but most Americans have a lot of credit card debt, so those little rate hikes have an effect and add up and snowball against you. overtime.”

Why? Because inflation is so high.

“You’ve got this 40-year high inflation that we had in the first quarter, and hopefully it starts to slow down a bit, and that’s what these interest rate hikes are designed to do, but that really caused consumer debt to skyrocket.” Mardock says. “More and more people are putting money on their credit cards, putting gas on their credit cards. It can be difficult with these rate hikes because they will pay more and interest rates will go up.

A buyer at Hy-Vee told Channel 8 that inflation caused him to change his spending habits.

“I definitely use my credit card more for things like gas and groceries,” he said.

Mardock said it hurt one age group a bit more than others.

“Consumer debt in the United States actually increased by $300 billion in the first quarter of 2022,” he said.

And people in their 40s have the highest share of debt, so they’re hit the hardest by rising interest rates, Mardock said.

Still, there are positive signs.

“But still, overall, mortgage rates are higher than they’ve been,” he said.

For older Americans, a high interest rate might be good for investments like certificates of deposit or savings accounts, but Mardock said it’s still a net negative.

“You’d expect that since we’re paying more interest, we’d be earning more interest on our savings account, our CDs, stuff like that,” he said. “But it didn’t really happen that way.”

Economists predict that the Federal Reserve’s interest rate will be around 3.5% by the end of the year.