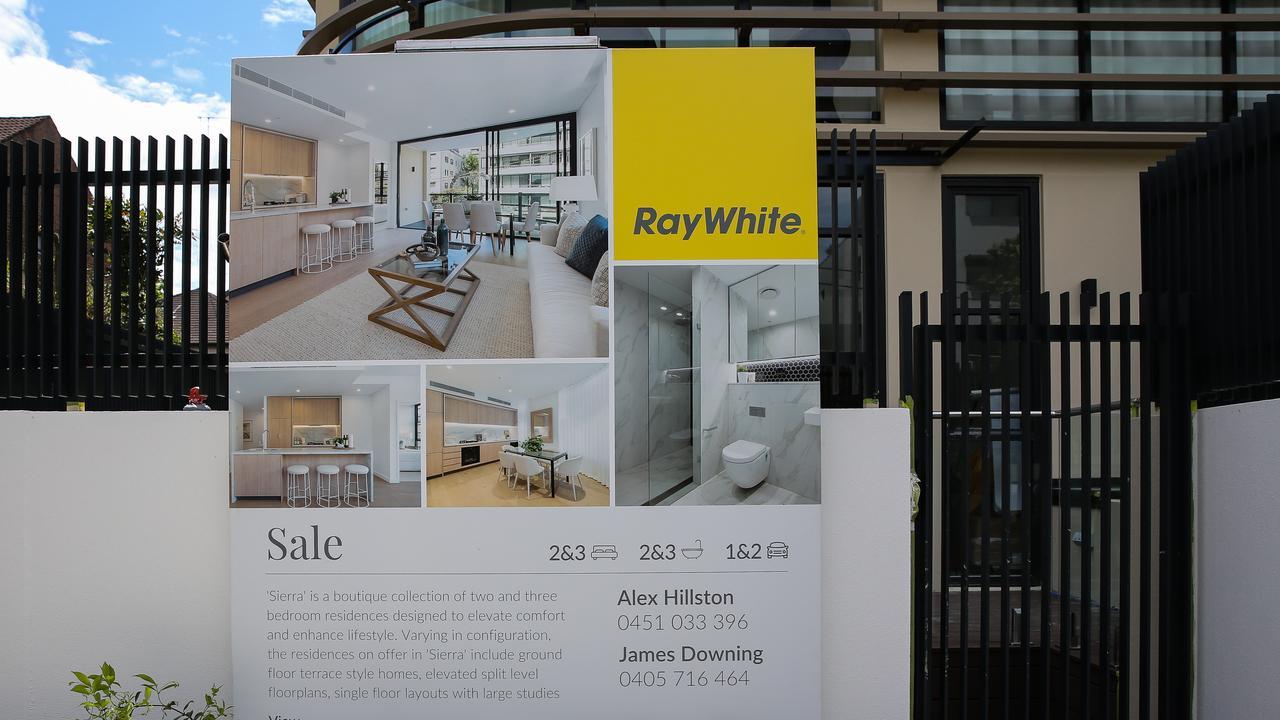 Desperate homeowners hit by seven straight rate hikes are being forced to sell, with the number of struggling listings nationwide jumping more than 15% since May, new research shows.

Interest rates rose from a record low of 0.1% to 2.85% in November and some homeowners are struggling to meet mortgage payments which increased between $760 and $1,510 per month on average.

The Reserve Bank of Australia succeeded another 0.25% increase to interest rates this week, which could increase the pressure on Australians and force them to sell even more quickly.

Queensland saw the largest increase in the number of properties sold in difficult conditions, rising from 2,203 in May to 2,791 in October, an increase of 26% or 588 homes, according to analysis by SQM Research.

Next up was NSW with distressed homes on the market sitting at 912 in May but rising to 1265, an increase of 38%, while in Victoria there were 99 additional distressed properties up 14.9 % to 765 houses.

Nationally, the number of distressed properties on the market rose from 5,753 in May to 6,658 in October, an overall increase of 15%.

In the Northern Territory and Western Australia, the number of distressed properties has actually fallen over the past six months.

“As rates rise, the number of distressed properties will increase as more households struggle to meet their mortgage payments,” he told the Australian Financial Review.

However, the difficulties are being felt more keenly in some capitals such as Brisbane, which has seen a bigger drop in house prices in recent months, with the number of struggling listings jumping in just four weeks to 1,000 properties. .

Real estate advertisements may allude to a distressed sale with terms such as “desperate seller” or “must sell” or even more explicitly such as advertising “mortgage in possession”, “bank forced sale” or “forced sale”. of property”.

Often sellers are forced to accept a lower asking price due to their circumstances, when they may face other challenges as buyers become more cautious and the number of properties on the market increases.

Rising interest rates and falling home prices will lock in some borrowers with limited ability to lower their borrowing costs through refinancing, but for those stuck in mortgage prison, there could still be ways to reduce loan costs, according to Canstar.

A growing number of mortgage holders have recently switched lenders to reduce their lending costs, with the Australian Bureau of Statistics reporting that a record $12.8 billion in owner-occupied loans were refinanced to a new lender in the month of August alone.

However, not everyone who wants to reduce the cost of their loan is able to refinance their loan, says Effie Zahos, editor and financial expert at Canstar.

“One way out of rising interest rates is to refinance a loan at a lower rate and reduce monthly repayments as well as interest paid over the life of the loan,” she said.

“If the price of your property has dropped and pushed your loan to appraisal ratio above the 80% mark, you may find that when you go to refinance for a lower rate, you won’t be able to without having to pay the expensive mortgage insurance from lenders.

“This is an expense no borrower wants to incur at the best of times, let alone when the cost of living is high and interest rates continue to rise.”

Borrowers who are already stuck in mortgage jail can potentially still do something to help lower their loan costs, she added.

“The easiest option is to downsize your loan. Call your lender and ask to speak to their mortgage variation specialist to see if there is a more suitable and cheaper alternative loan they can offer you,” she said.

“You may still be able to refinance with a new lender and borrow if your loan-to-value ratio has increased, but your options will be limited and you will likely have to pay lenders mortgage insurance.

“Look out for mortgage insurance discounts from lenders. Although not common, some lenders waive mortgage loan insurance for certain occupations.

“Keep in mind that property valuation results can also differ from bank to bank. It’s worth doing your research, checking on a comparison site, and talking to a broker to compare notes.

New analysis also found that homeowners who fixed their mortgage rate when it was at an all-time high saved up to $20,000 compared to those who stayed on a variable loan.

Someone who fixes for two years in July of last year would save $20,353 in interest payments compared to someone on a floating rate, RateCity’s modeling showed.

RateCity’s data assumes homeowners have a $500,000 mortgage and have another 25 years to pay it off.