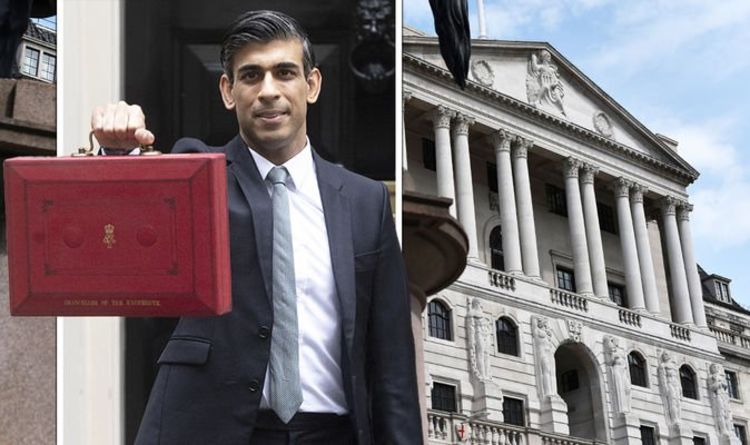 Mortgage Warning as Homeowners Set to Be Hit by Rising Interest Rates: ‘Will Be Important’ | Personal finance | Finance

Yesterday, the Bank of England raised interest rates for the second time in three months, to 0.5% from 0.25%. The decision came as the Bank warns that rising energy bills could push inflation to more than 7% by April. Warning that families face the biggest drop in their disposable income in three decades this year, the Bank’s policy committee voted narrowly to raise its base rate to combat soaring inflationary pressures. The picture for the UK economy is bleak for many; the cost of living crisis could see people across the country suffer further price hikes.

Helen Morrissey of Hargreaves Lansdown tells Express.co.uk that people paying off their mortgages could end up with bigger bills.

She said: “Mortgage rates are the most important, people have been used to very low interest rates for a long time.

“They haven’t really been used to interest rate hikes either, so they might be a little worried.

“What you have to hope is that we’re also seeing savings rates go up, the interest you can get on cash savings right now is absolutely, ridiculously low.

“You have to hope that when interest rates go up, the banks will pass some of those increases on to people, so they get a little more out of their savings.”

The average Briton could now afford additional repayments of £552 a year, the Mail reports.

When it comes to savings rates, some experts expect only a slight uptick, and the best savings deals will almost certainly be reserved for longer-term fixed rates.

While rising interest rates will offer moderate hope to savers, the money held in existing accounts is unlikely to change much, the i newspaper reports.

Chancellor of the Exchequer Rishi Sunak has tried to address the economic concerns facing the UK.

He warned that middle-wage earners will “feel hit” when the energy price cap rises by almost £700 from April.

He said: ‘The rise in prices is so significant that it’s not just families receiving benefits that are going to feel the pinch, it’s also middle-income families.’

The government has sought to ease the cost of living crisis by offering most households £350 in support.

Christine McGourty, director of Water UK, said people would still pay “just over a pound a day for water” after news of a 1.7 per cent rise in water bills.

She added: ‘But we know this is a difficult time for many, and no one should have to worry about their household essentials.

“There is a wide range of support available for those who need it, and I would urge anyone concerned to contact their water company.”

2022-02-04
Previous Post: Rising interest rates: it will get worse before it gets better
Next Post: Bank Loans vs Approved Lenders: Which is Better?, Money News