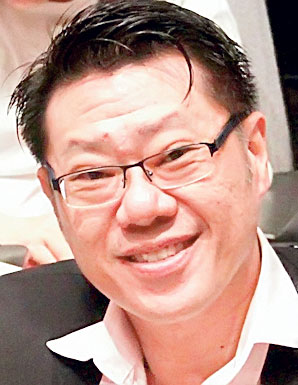 The People’s Bank of China lowered its key interest rate for long-term loans to reduce mortgage costs and stimulate the recovery of the real estate sector. The five-year prime lending rate was lowered from 4.6% to 4.45%, the biggest drop since 2019.

A member of the European Central Bank hinted that policymakers could raise interest rates very soon for the first time in a decade. The credit crunch could come in July after the central bank finalizes the new economic forecast in June.

Britain’s inflation rate jumped 9% in April from a year ago, hitting a 40-year high. The pound recovered from the recent low at 1.20 and reached 1.25.

The US Dollar/Japanese Yen was down slightly last week and below 128 heading into the weekend. We expect resistance to remain strong at 1.2950 and the overall range should be contained between 1.2750 and 1.2950. The market is likely to fall anytime once it breaks below the 1.27 support.

The Euro/US Dollar traded higher above 1.04 last week. The trend will likely be supported at 1.0450 and may enter a sideways consolidation. We target the trend range between 1.0450 and 1.0650 with mixed feelings. The potential rate hike in the coming months from the European Central Bank will be a good catalyst to push the euro towards recovery.

The British Pound/US Dollar traded last week with the Euro recovering slightly. We expect the trend to be supported at 1.2350 and overall sentiment to remain firm. Price movement is expected to trade from 1.2350 to 1.2550 in the region with bargain hunting activity. A break above 1.26 will signal a new uptrend.

WTI crude prices hit US$115 a barrel last week. The market is also well supported at US$105 a barrel. This week, we expect the trend to likely stay within that same range amid a consolidation. Traders may start to adopt a bottom-up strategy while expecting a further rise in crude prices in June.

Crude palm oil futures (FCPO) on Bursa derivatives rallied ahead of the weekend after rolling activity depressed demand last Monday. Indonesia has announced the lifting of the palm oil export ban from May 23. Aug 2022 Futures contract settled at RM6,119 per metric ton on Friday. This week, we expect an initial sideways trend to occur from RM5,900 to RM6,300 per metric ton. Watch out for a breakout either way that will catch traders off guard.

The price of gold fell below US$1,800 an ounce and rebounded last week. We have identified firm support at US$1,820 an ounce in the week ahead. The market range should be contained between US$1,820 and US$1,850 per ounce as traders take mixed positions. The market is expected to remain volatile this week.

Silver prices reversed from lows of US$20.50 an ounce last week. The general market trend is still weak and could trade sideways again. We expect the trend to consolidate and support will likely emerge at US$21 an ounce. Upper resistance should still be resilient at US$22 an ounce for now.

Dar Wong has over 30 years of experience trading and hedging global financial markets. The opinion belongs only to him. He can be contacted at [email protected]