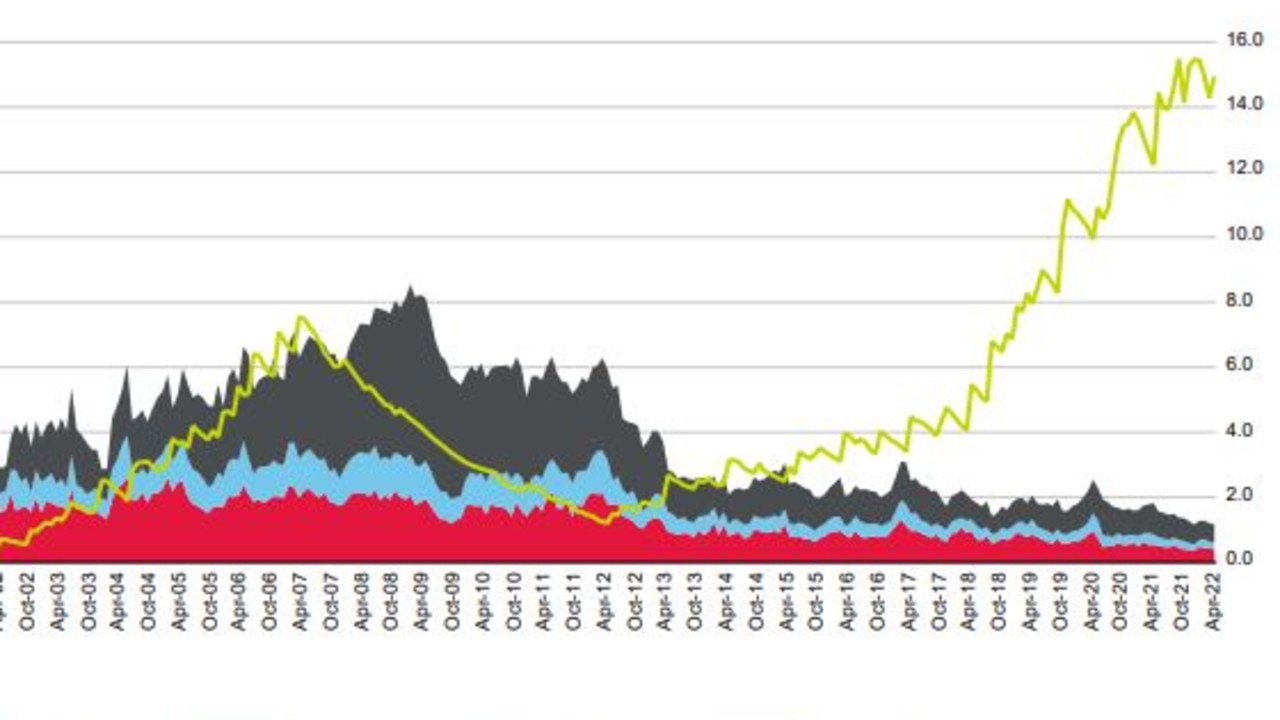 It is estimated that one in five mortgage holders – or 551,000 Australians – will struggle to pay their mortgage if interest rates continue to rise as expected.

Comparison site Finder found that 20% of mortgage holders would be in serious mortgage trouble if interest payments on their home loan increased by 3%. Home loans have already increased by 1.75% since May.

This is separate data from S&P Global which revealed which Australian suburbs are most at risk of defaulting on their home loans.

The Northern Territory emerged as the worst state, with the highest percentage of mortgage holders more than 30 days behind on payments.

An outlying suburb of Perth topped the list in terms of outstanding debt to the bank, while Sydney, Melbourne, Adelaide as well as some regional areas also received a poor rating.

What is even more concerning is that the research was conducted before the Reserve Bank of Australia (RBA) started raising the cash rate, meaning these areas will be at even greater risk of default. payment on their loans now.

For four consecutive months, the RBA has raised interest rates. Last week, after its August meeting, the central bank raised the key rate to 1.85%.

The spot rate has already risen 1.75 percentage points since May, following two years of interest rates at a record low of 0.1%.

According to S&P Global, the rise in mortgage repayments has hit the suburbs on the outskirts of major cities the hardest.

Their research measured the weighted average of arrears over 30 days past due on residential mortgages in publicly and privately rated Australian transactions.

The Perth suburb of Maddington, 20km from the city centre, tops the list of ‘worst performing postcodes’ in the report.

In early April, 4.67% of Maddington homeowners were in arrears.

This was closely followed by Dolls Point, located in southern Sydney.

Of the mortgaged homes in this NSW suburb, 4.33% are in arrears.

In third place was another WA postcode, Byford, in southeast Perth, with an arrears percentage of 4.16%.

Western Australia had another suburb on the list – Ballidu in the Central Midlands – while NSW had a total of four.

Bankstown and Castlereagh in Sydney were also under significant pressure. Katoomba of the Blue Mountains also earned a place in the report.

Victoria, Queensland and South Australia each had a suburb on the list – Broadmeadows in Melbourne’s north, Barkly in Queensland’s Mout Isa region and Hackham, an outer suburb of Adelaide.

A breakdown of each state showed the Northern Territory was the furthest behind in its mortgage repayments, at a rate of 1.75%.

Western Australia stood at 1.40% in April this year, before interest rates started to rise.

Victoria received a score of 0.87% while 0.85% of NSW mortgage holders were also in mortgage arrears.

Overall, the national average was 0.71% for Australia’s arrears rate in April.

“The rapid pace of rising interest rates will create debt servicing pressures for households with fewer cash reserves and higher leverage,” the report notes, projecting that during the third quarter of this year, a higher arrears rate would appear in a new monthly date. .

Finder also released a damning statistic on the state of Australia’s mortgage debt.

A recent survey conducted last month concluded that more than half a million homeowners would be “on the brink” if interest rates were to rise by 3%.

Of these, 145,000 Australis said they would consider selling their homes if rates rose because they would “struggle a lot” to pay them back. This represents around five per cent of mortgage holders in Australia.

The survey also found that 14 percent of respondents admitted they might fall behind on their refunds or other bills.

Nearly half (48%) would be able to get by, but would have to cut spending, according to Finder.

Only a quarter of participants said a rate hike would not change their lifestyle or spending habits.