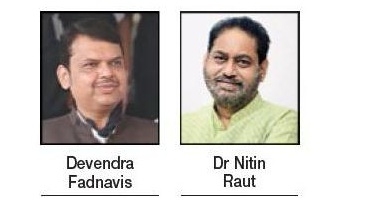 “The government acts like a pawnshop while collecting electricity contributions”

Alleging that the government of Maharashtra wants to collect electricity bills like a pawnshop, the leader of the opposition in the State Assembly, Devendra Fadnavis said: due to COVID-19. On the one hand, instead of helping farmers and common people in distress, the government wants to force them to do so. From the presentation made by the Minister of Energy, it was clear how much the arrears increased during his tenure. Contributions include cross-subsidies paid in the case of agricultural pumps, losses must be recovered through tariffs. But this government is doing forced recovery. Corona has brought everyone to their knees, but the government does not want to understand it. It targets poor farmers and even the lower middle class, Fadnavis added in a media interview.

Raut blames Fadnavis government for MSEDCL contributions Maharashtra’s Energy Minister Dr Nitin Raut accused the previous Devendra Fadnavis government of indebting the state-run MSEDCL as the department faces unpaid dues of Rs 73,879 crore in because of the ineffectiveness of the previous government. The Department of Energy was with the BJP when it ruled the state between 2014 and 2019 in alliance with the Shiv Sena. Raut said the state government is also considering further dividing the MSEDCL into four companies to make it a profitable entity, a model successfully implemented by neighboring Gujarat, incidentally a state run by the BJP. Dr Raut said after giving a presentation to the state cabinet on unpaid dues, customer base and measures taken to correct the leaks: “The unpaid amount in 2014-15 was 23,224 crore rupees, which has steadily increased due to the ineffectiveness of the previous government in reaching 71,243 crore as of March 31 of this year and 73,879 crore in July. Dr Raut said collecting contributions was a challenge after the floods and cyclone in the state, while the cross-subsidy factor was already high at Rs 12,762 and could not be increased further. “The loan from Maharashtra State Electricity Distribution Company Limited is Rs 45,440 crore. A consulting firm has been hired to correct the shortcomings as the state-owned company is the second largest in Asia. Their report will be deposited in front of the cabinet “, underlined Dr. Raut. .