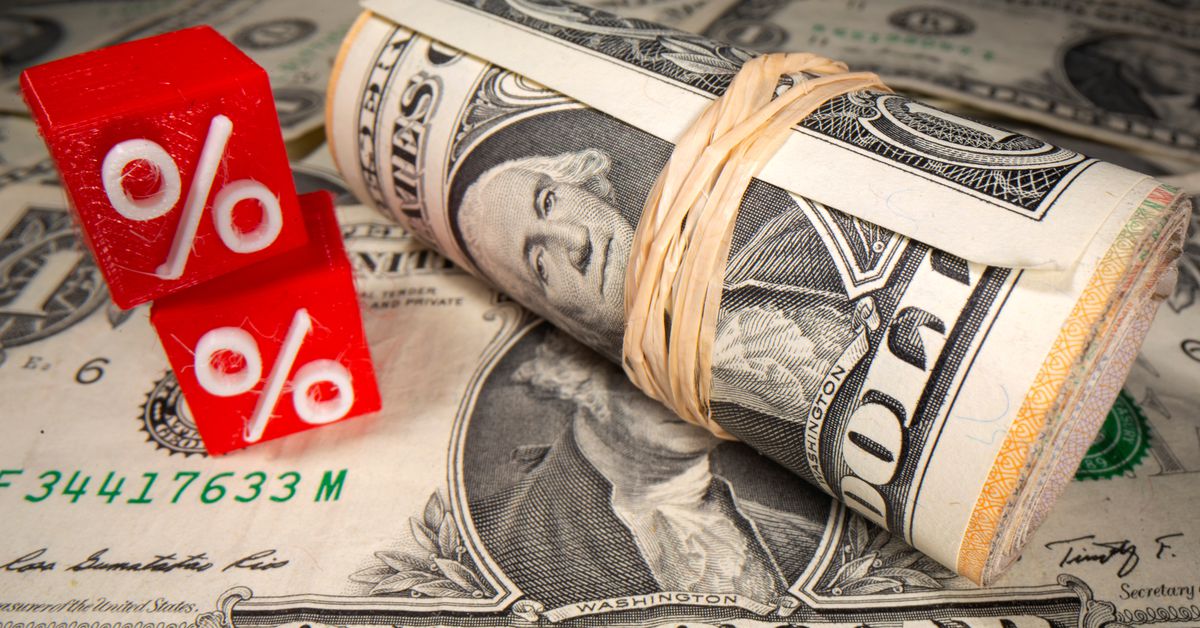 The interest rate illusion may be the biggest mistake of all

LONDON, Oct 6 (Reuters Breakingviews) – Big bull markets are propelled by one dominant belief: a “new era” of permanent prosperity, exciting new technology and so on. Bear markets occur when this belief turns out to be wrong. The severity of the downturn depends on how wrong the previously bullish notion turned out. The misconception revealed by the current bear market is that interest rates would stay low indefinitely. This turned out to be a colossal mistake.

Consider some of the big financial mistakes over the past 25 years. The Asian crisis erupted when it became clear that the “tiger” economies of Southeast Asia were on an unsustainable development path. The dotcom slump has revealed that earlier forecasts for internet traffic growth were overly optimistic. The global credit boom in the early years of this century was ultimately based on the widely held belief that US home prices would never go down. The ensuing collapse triggered the Eurozone debt crisis which exposed another false belief that sovereign credit risk in the single currency area was a thing of the past. These crises reveal a disturbing trend: each successive market crash has tended to generate greater financial losses over a greater geographic scope than its predecessors.

The belief that interest rates will remain at persistently low levels could prove to be the most costly mistake of all. That’s because, as former Federal Reserve Governor and Harvard economist Jeremy Stein noted a decade ago, “monetary policy gets in all the cracks.” Over the past decade, accommodative monetary conditions have transformed financial markets and economies around the world. Seth Klarman, the Boston-based hedge fund manager, wrote early last year: “The idea of ​​consistently low rates has seeped into everything: investor thinking, market forecasts, market expectations. inflation, valuation models, leverage ratios, debt ratings, affordability measures. , real estate prices and corporate behavior. »

The great American economist Irving Fisher has declared that interest is a “pervasive phenomenon”. The lowest interest rates on record have given us the “everything bubble”. Now that interest rates are rising, everything is at risk. Since the beginning of this year, the main global stock and bond indices have fallen by more than 20%. Regional real estate markets, from Australia to China, are cracking. Meanwhile, US 30-year mortgage rates have doubled since January and UK lenders are rapidly repricing their home loans.

While the Fed is tightening its monetary policy to contain US inflation, the dollar has soared against other currencies. This upset the calculations of foreigners who borrowed billions of dollars at low rates. Domestic carry operations are also taking place. Many leveraged loans are trading well below par, high yield bond spreads have widened, private equity buyout deals are creaking and corporate mergers have come to a halt.

These answers are painful but not completely unexpected. If interest rates are what gravity matters to valuations, as Warren Buffett argues, it was always likely that asset prices would fall when the cost of borrowing eventually rose. In the terminology made famous by former US Secretary of Defense Donald Rumsfeld, these consequences count as “known knowns.”

The idea was that if interest rates rose, future liabilities would decline along with bond prices, and pension funds would be no worse off. The catch is that, rather than buying gilts, many funds have acquired much of their exposure through interest rate swaps. In addition, they applied leverage by borrowing against shorter term bonds. But as expectations for future interest rates rose rapidly, gilt prices soared. At the end of last month, an inflation-linked government bond maturing in 2073 was down 85% from its peak 10 months earlier. Pension funds faced margin calls on their loans and the bond market seized up as they rushed to raise funds.

In some ways, this debacle resembles the failed portfolio insurance strategies that triggered the stock market crash of October 1987. In both cases, market liquidity dried up just when it was urgently needed. A few wise observers had spotted the flaw at the heart of LDI. Simon Wolfson, the head of British retailer Next (NXT.L), said he warned the Bank of England of this potential “ticking time bomb” five years ago.

The big “unknown unknown” is how the vast derivatives complex, which has notional positions measured in the hundreds of trillions of dollars and embeds unfathomable leverage, the vast majority of which is tied to interest rates, will react. as borrowing costs rise from historic lows.

This episode shows how, after years of easy money, the global financial system is extremely sensitive to rate hikes. It also highlights regulatory shortcomings. For years, central bankers have argued that monetary policy should be separate from so-called macroprudential regulation – financial risk management. The problem is that, as Jeremy Stein understood, regulators were always likely to lag behind as market participants eagerly sought to improve returns. Just as the Bear Stearns hedge fund losses of June 2007 signaled the beginning of the financial crisis triggered by subprime mortgages in the United States, the gilt crash heralds more trouble to come.

(The author is a Reuters Breakingviews columnist. The views expressed are his own.)

Edward Chancellor is the author of “The Price of Time: The True Story of Interest”.

The opinions expressed are those of the author. They do not reflect the views of Reuters News, which is committed to integrity, independence and non-partisanship by principles of trust.