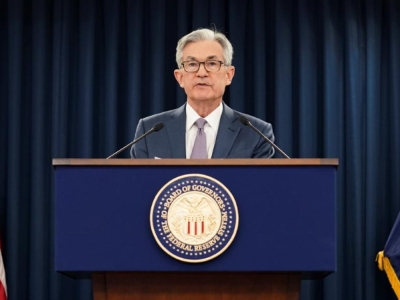 The U.S. Federal Reserve is poised for another massive interest rate hike this week after recent data showed an alarming picture for U.S. inflation, confirming that the central bank needs to continue its aggressive action, writes the AFP.

The price spike has pushed annual inflation to its highest level in 40 years, hurting American consumers and businesses, despite a welcome drop in gasoline prices in recent weeks.

The disappointing August consumer price report released last week showed housing, food and healthcare costs continue to rise. And aside from the volatility in food and energy prices, the so-called underlying inflation has accelerated.

Families are grappling with rising prices, driven initially by strong demand, as the world’s largest economy emerged from a pandemic amid supply disruptions. The situation has been exacerbated by Covid store closures in China and rising energy and food prices due to the situation around Ukraine.

Policymakers are worried not only about the current high inflation, but also about the fear that consumers and businesses are beginning to expect price increases to become permanent, which could lead to a dangerous spiral and a phenomenon called stagflation.

This fear prompted the Fed to start raising rates earlier, instead of following the more usual course of small, gradual steps over a long period.

The US central bank has raised the key rate four times this year, including two consecutive three-quarter point hikes in June and July.

The aim is to raise borrowing costs and calm demand – and it’s paying off, with mortgage rates topping 6% for the first time since 2008.

A third massive rate hike is expected on Wednesday after the Fed’s two-day meeting. Some believe that the US central bank could take an even bigger step.

But there are growing fears that aggressive action could drive the US economy into a recession that would affect the rest of the world.

Fed Chairman Jerome Powell has made it clear that a recession is a risk he is willing to take. In fact, it is a risk the central bank must take to avoid an even worse outcome: a repeat of the pernicious and runaway inflation of the 1970s and early 1980s.

Powell’s predecessor in the last era of high inflation, Paul Volcker, was forced to go to extremes after rising prices took hold, resumed and surpassed the peak of the mid-1970s after repeated failed attempts to repress them.

This led to a deep recession and double-digit unemployment.

The Fed’s goal is to avoid the very high social costs of the Volcker era and maintain public confidence in the central bank’s commitment to fighting inflation.

Although recent data showed that annual inflation in the United States slowed slightly to 8.3% in August – from a peak of 9.1% in June – prices have actually accelerated slightly this month, reflecting widespread price increases.

Many economists now see a recession as likely.

Former US Treasury Secretary Lawrence Summers is one of those warning that unemployment must rise to bring inflation under control.

He also advocates more aggressive action by the Fed.