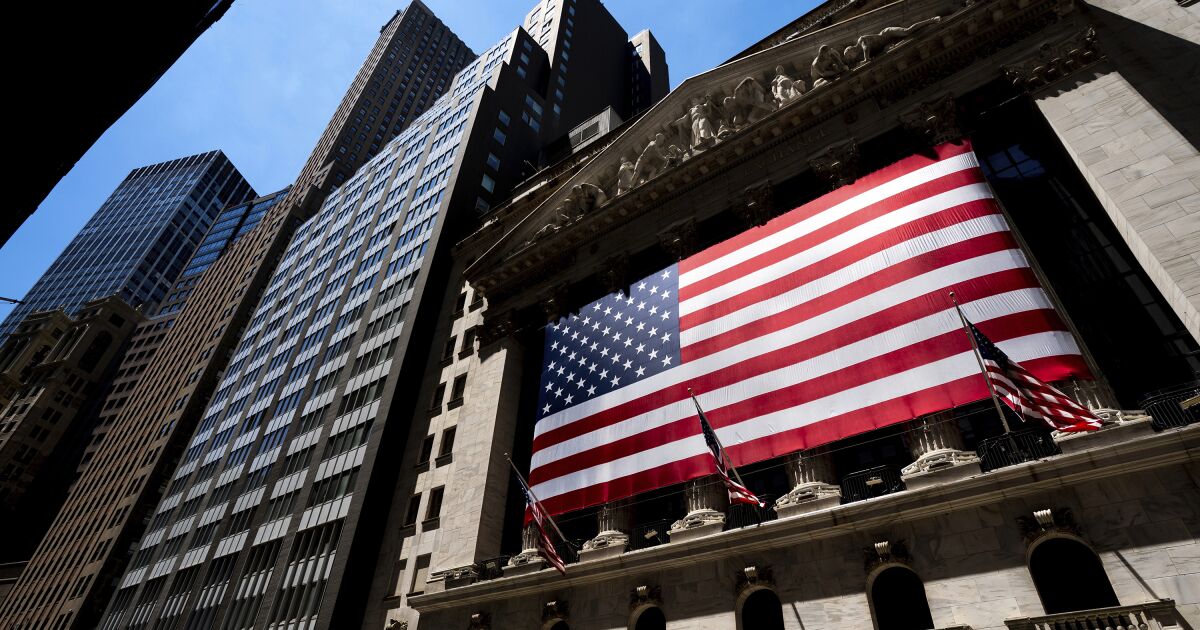 US stocks rise ahead of Fed’s planned interest rate hike

A choppy trading day on Wall Street ended with stocks closing higher on Monday as investors brace for another sharp rise in interest rates this week from the Federal Reserve.

The indices oscillated between modest gains and losses for much of the day before a burst of buying in the final hour of trading. The Standard & Poor’s 500 rose 0.7%, after falling 0.9%. The Dow Jones industrial average rose 0.6% and the Nasdaq composite 0.8%.

Trading volume was below normal, a sign that most traders weren’t keen on making big changes ahead of the Federal Reserve’s interest rate policy announcement on Wednesday afternoon, it said. Scott Ladner, Chief Investment Officer at Horizon Investments.

“Nobody really wants to position themselves in front,” he said. “It’s been such a slippery market both up and down.”

Wall Street remains focused on inflation and the Federal Reserve’s attempt to drive prices down by aggressively raising interest rates. On Wednesday, the central bank will announce its latest rate decision. It is expected to raise its benchmark rate, which influences interest rates across the economy, by another three-quarters of a percentage point.

The broader market just had its worst week in three months after a surprisingly hot report on inflation and big business including fedexwarning of worsening trends in the economy.

Wall Street fears that the Fed’s plan to quell the highest inflation in four decades is too aggressive and could plunge the economy into a recession by dampening growth too hard. Higher rates also tend to weigh on equities, especially the more expensive tech sector.

Investors will receive another update on the housing sector on Wednesday when the National Assn. of Realtors releases August figures for sales of previously occupied homes.

Average long-term mortgage rates in the United States rose above 6% last week for the first time since the housing crash of 2008. These higher rates could make an already tight housing market even more expensive for American buyers.

Britain observed a day of mourning for Queen Elizabeth II. The German DAX rose 0.5% while the CAC 40 in Paris fell 0.3%. Hong Kong’s Hang Seng lost 1% while the Shanghai Composite lost 0.3%. Japanese markets were closed for a holiday.